The next Destination 2- The anniversary event, which celebrates the 30 years of Bungee, is making great changes in exotic weapons, including the oldest and the new ones. Of course, the changes that are being made at the oldest exotics are to make them more relevant in the current goal, while the changes in the newer launches have to do with the fine adjustment.

Next, you can see all the changes that are being made in the exotic weapons mentioned above:

The regeneration of skill energy was eliminated when capturing telemetry.

Tale of the dead man

This weapon will get a significant improvement to cause the weapon for a console. The Scout rifle will have a greater fall away from the friction of the reticle. You will have less recoil and improved precision, keep in mind that this will have a reduced effect on the mouse and the keyboard.

EVE damage will increase by 6% and the size of the charger will be 4 instead of 3. 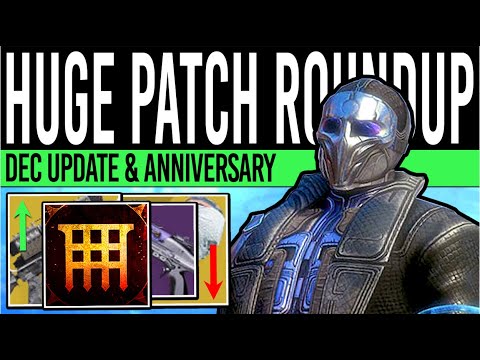 The catalyst will have a resistance to reduced damage against PVP players by 50%.

You will have anti-barrier as an intrinsic benefit.

Suburb of the worm

Adjusted so that players can use it in short damage phases. The damage increases by 10% in EVE, and the catalyst whispering has a reduced delay. The magazine White Nail will recharge 2 of the inventory and 1 of nowhere.

The sniper will have reduced the recoil, recoil and degradation of precision by 50% when the personal assistant is active. In addition, the damage will increase by 50% in EVE.

Grant a 10% energy from accumulation in activation and will reduce the accumulations granted in a guardian defeat from 3 to 2.

The variable trigger will be deleted. In addition, Charged Shot will move the special recharge and return to Sidearm mode after performing a Charged Shot.

The catalyst of this heavy ammunition arc will have an additional advantage called Archer's Tempo.

There will be no requirement of multiple blows and will have an increased recharge statistic.